Read this exciting article about Jasper Johns and the flag. It even has references to The Simpsons! I loved this article and so will you! Summarize this article in your own words. Remember the higher the quality, the more points. Easy extra credit!

Jasper Johns Article
Posted by Miz Burnell (Rapp) at 11:19 AM No comments: 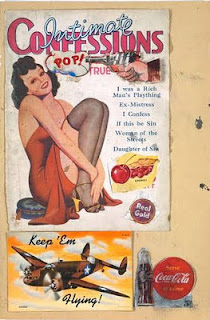 Eduardo Paolozzi
"I was a Rich Man's Plaything"

Pop Art is an art movement that emerged in the 1950s in the United States. Artists such as Andy Warhol and Robert Rauschenberg took mass-produced visual material such as advertisements and images from television, newspapers and magazines and used them in their artwork. Other artists that are associated with the movement are Jasper Johns, Roy Lichtenstein and Richard Hamilton.

1) Popular culture. Many of the artists involved in the movement used elements of popular culture in their artwork.

2) The word "pop". This word was displayed in the collaged artwork by Eduardo Paolozzi: I was a Rich Man's Plaything (1947). See the artwork above.


Please Note:
Many of the "pop artists" “appropriated” images to make a painting. Appropriation refers to the use of someone else’s art in their work. While you may "appropriate" in your artwork for this project, you MUST MAKE IT "YOUR OWN" AND make sure it is not copyrighted material!
WHY are you including it in your artwork?
What is YOUR message? 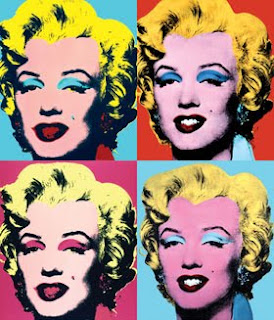 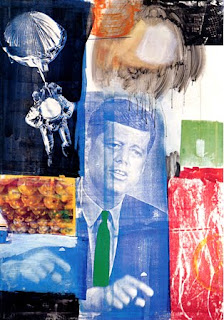 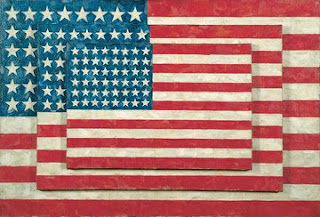 Jasper Johns
Posted by Miz Burnell (Rapp) at 7:50 AM No comments: